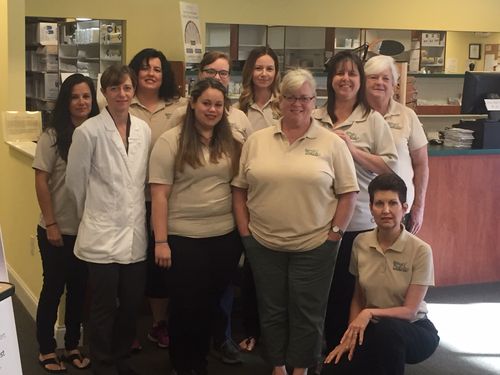 Pre World War II, "Doc" Bitting expanded his practice to the southeast corner of Downtown Square where Harry's is now located. In addition to drugs and sundries, a soda fountain was also added.

Further growth continued and Bitting's moved to its current location in 1974, eventually taking over the entire building that once held several doctor offices.

In September 2008 Bitting's suffered a devestating fire. The entire building was destroyed except for the outer four concrete walls.

With support from our community, a determined staff was able to start filling prescriptions from a temporary structure within forty eight hours.

As our store was rebuilt, our home for the next year was a triple wide trailer. Today we have a comfortable, spacious facility with easy parking and a drive thru window to serve you. Come in and see us today for more information about Ocala medical equipment and our Ocala pharmacy services.